Jori was born in Michigan but soon realised that her future lay across the pond. Armed with a degree in Business and Marketing, she arrived in London, working first as a PA and then moving into restaurant management.

Employed by a number of London’s key eateries, she was struck by how poorly many of them were marketing themselves. So it was that in 1995 — armed with just £500 and a laptop — she decided to launch Jori White PR.

As luck would have it, a friend by the name of Marco Pierre White was launching his new restaurant and decided to give Jori her big break.

His faith was rewarded and Mirabelle in Mayfair opened in a blaze of publicity, going on to become one of the capital’s most celebrated eateries and earning a hat trick of Michelin stars along the way.

From that point on there was no turning back. Jori White PR was retained to handle the launch of Zuma, helping to turn it into “London’s most fashionable restaurant of the decade.” Then came The Cinnamon Club, backed up by a PR campaign that was so all-encompassing it caused The Guardian to exclaim “You can hardly pick up a newspaper nowadays without coming across a reference to the Cinnamon Club.”

At the same time, Jori was also building a reputation as a consummate party planner, working for the likes of Sir Roger Moore and Sir Michael Caine, along with publications such as Vogue, Condé Nast Traveller and Tatler.

Contacts are key in the PR industry and one area of the business that Jori most enjoys is networking. It was in 2007 that she met Rob Myers, founder of RM Auctions, the world’s largest vintage automobile auction house. Jori helped introduce the company into Europe with a hugely successful PR campaign based around the London auction of Bernie Ecclestone’s classic car collection. The association with the Formula One supremo resulted in Jori working with Ferrari, a relationship which lasts to this day.

20 years since launching her agency, Jori continues to retain a hands-on approach. What’s more, she only works with clients in whose product or service she has an unshakeable faith, thereby ensuring a quality of service and dedication of purpose second to none. 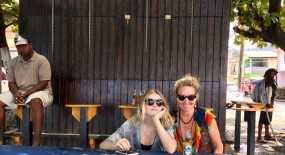 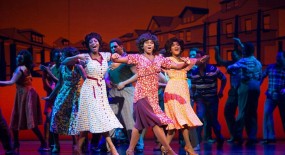 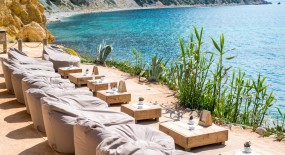